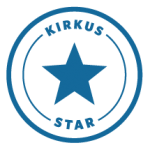 Editor Spotswood offers a collection of historical stories about young women, bold and brave, many who traverse territory slated only for men. (…) A needed collection to broaden understanding of the many different faces of history.
– Kirkus, starred review

Particular standouts are Dhonielle Clayton’s “When Moonlight Isn’t Enough” and Marieke Nijkamp’s “Better for All the World.” (…) Nijkamp focuses on Carrie Allen, a young woman with autism and aspirations to become a lawyer in the late 1920s. She takes on the case of Carrie Buck, a woman who has been deemed unfit to reproduce and will be sterilized. Nijkamp sheds light through the eyes of someone who would likely be considered unfit to reproduce by her society, bringing an honesty and pain to the story.
– School Library Journal

Twelve stories from acclaimed YA authors focus on women who, one way or another, have radical, groundbreaking experiences (…) Short story collections can be uneven, but this one has an admirable goal, and there is plenty to love.
– Booklist